The 2017-2018 Rein in Sarcoma Scholars are each writing a detailed article about a particular sarcoma cancer sub-type. Allison Martin hails from Columbia Heights, MN. After graduating from the United States Naval Academy in 2009, Allison served in several different roles as a Naval Officer. In August 2016, she left active duty to attend the University of Minnesota Medical School. Allison has been personally affected by sarcoma through her older brother’s continuing battle with liposarcoma.

Liposarcoma is a tumor with malignant potential arising from the adipocyte (or fat cell) lineage and is one of the most common soft tissue sarcoma (STS) in adults. There will be an estimated 13,040 cases of soft tissue sarcoma in the U.S. in 2018, and liposarcoma will account for about 17% of those. It affects mostly adults age 50-60, making up only 4% of all STS in children. It may occur almost anywhere in the body but is most frequently seen in the extremities or retroperitoneum (area behind the abdomen where your kidneys are located). It more commonly arises from deep-seated connective tissues rather than subcutaneous fat. These neoplasms can be further categorized by histology and behavior as well-differentiated liposarcoma/atypical lipomatous tumor (WDLPS/ALT), dedifferentiated liposarcoma, myxoid/round cell liposarcoma, pleomorphic liposarcoma, or rarely a mixed-type liposarcoma.

There is no distinct recognizable cause for liposarcoma. Most cases arise de novo, only rarely developing from an existing lipoma (benign tumor of adipocytes). There are some associated risk factors including exposure to chemical carcinogens, ionizing radiation, chemotherapy, lymphedema, and a predisposing genetic disorder. One example is a rare genetic disorder called Li-Fraumeni syndrome, in which a person inherits one dysfunctional copy of an important tumor suppressor gene, TP53. These people have a much higher incidence of a variety of cancers, including liposarcoma and other soft tissue sarcomas. Because it is autosomal dominant, a thorough family history of cancer will be taken of at least three generations before a diagnosis is made.

Well-differentiated liposarcoma (WDLPS) histologically appears similar to benign fat and frequently occurs in the retroperitoneum and deep connective tissue of the limbs, especially the medial thigh. WDLPS is sometimes referred to as an atypical lipomatous tumor (ALT) when located in the extremities or chest wall to indicate its better prognosis. These neoplasms have much lower risk of recurrence once excised as compared to their visceral or retroperitoneal counterparts. In general, WDLPS is considered low grade and has a rare chance of metastasis. However, retroperitoneal WDLPS will frequently recur locally or regionally rather than metastasize.

Myxoid liposarcoma is an intermediate grade tumor. Under the microscope, the cells resemble fetal fat with varying degrees of maturation. When a high percentage of round cells are present, the tumor is considered higher grade. It most frequently occurs in the lower extremities, especially the medial thigh and knee area. Myxoid and round cell liposarcoma share a characteristic chromosomal translocation. This variant often metastasizes to bone (requiring an MRI to find) and other organs.

Pleomorphic liposarcoma has bizarre, undifferentiated cells and few immature adipocytes. It most often arises in the extremities, especially the thigh, as well as the pelvis. This is an aggressive variant that metastasizes frequently to the lungs or liver. It is quite rare, comprising less than 5% of all liposarcomas.

Liposarcomas are often painless and slow-growing, so diagnosis can be delayed, especially if located in the retroperitoneum. Furthermore, a soft tissue mass in the extremities is far more likely to be a benign lipoma than a malignant tumor, so physicians can sometimes be biased against this possibility. This leads to inappropriate biopsy or excision before referral to a sarcoma specialty center.

Other symptoms of liposarcoma may arise from mass effects as the tumor grows and compresses surrounding organs. This is most apparent in the retroperitoneum where the tumor can grow quite large before any symptoms are noted. These symptoms may include a sense of fullness, nausea, vomiting, abdominal pain, numbness and swelling. Other rare, non-specific symptoms include fever, weight loss, and fatigue.

Studies have shown that referring patients with suspected soft tissue sarcoma (STS) to a specialty center for diagnosis leads to better outcomes, less metastases, and fewer excisions overall. This is reflective of the extreme rarity of STS and the importance of ensuring that radiographic images and biopsies are performed and interpreted by those with the most experience diagnosing and treating these types of cancer.

Location determines the imaging technique used to best visualize the tumor. For example, magnetic resonance imaging (MRI) is used in the extremities, trunk, head and neck, and bones. Computed tomography (CT) with contrast is used in the abdomen, pelvis, and retroperitoneum. These images may show characteristic findings that lead clinicians to a diagnosis, but most often, a biopsy will be obtained to be certain and help determine treatment options.

A biopsy may be performed to confirm the diagnosis and may influence treatment options. This is most commonly done when considering radiation or chemotherapy prior to surgery, and when there is a question about the type of sarcoma. In certain situations, instead of a biopsy, the entire tumor is removed. This is done by experienced providers who have considered the diagnostic possibilities and determined that removal would not jeopardize the subsequent treatment should the tumor prove to be a higher grade or more extensive malignancy than anticipated.

Molecular testing is often performed to further describe the tumors and may provide prognostic value. WDLPS/ALT and dedifferentiated liposarcoma almost always exhibit MDM2 overexpression but may or may not exhibit CDK4 overexpression. Some studies have shown that MDM2+/CDK4- WDLPS are a distinct subgroup that have more favorable prognostic features such as location in extremities, lower recurrence rate, and lower grade. Myxoid/round cell liposarcoma has a characteristic chromosomal translocation of CHOP/FUS gene. This variant has been shown to be more sensitive to chemotherapy and radiation.

Local control with surgical resection is the cornerstone of liposarcoma treatment. The goal is to achieve ≥ 1 cm of tumor-free margins on the resected mass. Surgery alone is often curative of low grade tumors of the extremities and chest wall. If the tumor is > 5 cm, high grade, and deep to the fascia, the treatment team is more likely to use radiation in conjunction with surgery. This can be given intraoperatively, prior to surgery (neoadjuvant), or after surgery (adjuvant). Amputation of an extremity is rarely necessary given these treatment options.

Retroperitoneal liposarcoma is more difficult to treat due to the inherent difficulty in achieving complete surgical resection and the limitation of radiation therapy due to tolerance of abdominal organs in this space. The best chance of achieving a cure is with wide resection of the primary tumor. This sometimes includes removing adjacent organs such as the kidney or part of the bowel. Even with aggressive surgery, these tumors have a high tendency of recurrence. Patients may undergo multiple surgical resections in the management of this cancer. Intraoperative radiation and/or neoadjuvant radiation therapy are considered in conjunction with surgery depending on the location and clinical situation.

The long-term outcomes for liposarcoma should be considered on an individual basis looking at many factors including tumor grade, location, size, surgical resectability, and presence of metastatic disease. The following survival rates are based on historical observations and provided to illustrate the general differences in prognosis between histologic subtypes and are not definitive for every case of liposarcoma. 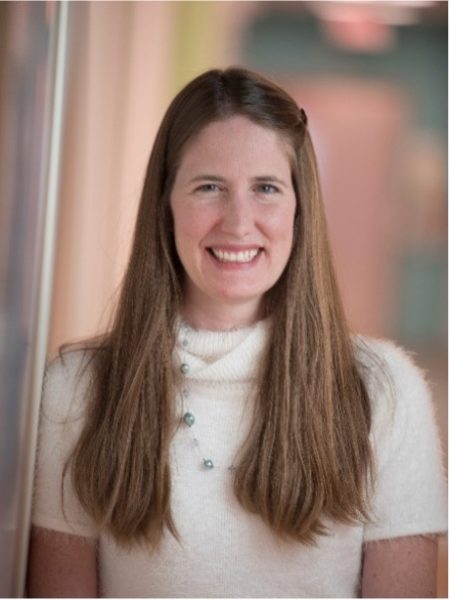